I feel optimistic about the future. To be sure, that is no reflection of what is today, but of what is possible.  Almost every holiday card I received, hit 2020 with the door on the way out. Although the personal and collective tragedies of this past year will not soon recede from memory, hopeful seeds are sprouting. 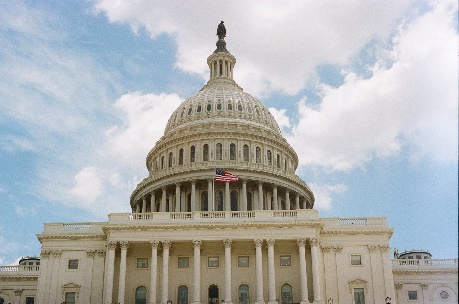 A clean break in 2021 with the roll of the calendar, however, proved to be wishful thinking, as the pandemic grinded on and our Capitol was ransacked for the first time since 1814. The media comparison to the War of 1812, by the way, I think is a stretch. The belligerents involved on that occasion were in the employ of their king’s army, fighting for their country, not revolting against it. Be that as it may, January 6, 2021, too, is in our past. Interestingly, the financial markets did not bat an eye. I hitch my wagon to the collective wisdom of the market in this instance – our democracy, though fragile in its exposure to forces that wish it diminished, is in fact firmly rooted.

Allow me to share with you what underpins my optimism:

Vaccines – I am stating the obvious here: the efficacy of the first two vaccines, from Pfizer and Moderna, and the speed at which they were developed was nothing short of breathtaking.  And other vaccines are coming to market, which will further speed up the global immunization effort. It is not the governments who were to blame for locking down economies, but the pandemic. Conversely, it is the vaccines that will allow governments to fully reopen economies and life to return to normal.

The real economy – it is no secret that the stock market has flourished while Main Street has suffered. Big tech companies and other businesses that facilitate the work-from-home and shelter-in-place reality, have done well. The stock market overrepresents these companies, thus allowing it to thrive even when the economy at large is hurting. Furthermore, stocks are predominantly held by the affluent, who fared well during the pandemic. With more money and more time, this segment of the population has stepped up its stock purchases, thus driving up prices even more, through the law of supply and demand.

But the real economy – the one in which people physically provide goods & services – has some catching up to do: restaurants, retail businesses, hospitality, transportation, construction, elective healthcare, you name it. As restrictions ease and, more importantly, people feel safer and more secure in their livelihoods, these industries will bounce back, ushering in a new economic cycle.

Stimulus – there is much to fault the Fed and Congress for how monetary and fiscal stimulus was administered. By flooding the system with money and being the buyer of last resort for risky bonds, the Fed has encouraged speculation and a disregard for risk. Congress, for its part, has sent too much of its fiscal support to businesses and households who did not need it, resulting in the purchases of vacation homes, stocks, cryptocurrencies, and record checking account balances. But, and this is a big but, speed and size were of the essence. It was better to flood the system with money and have some of it land in the wrong places, than to underestimate the size of required support and risk dipping the economy into a tailspin. This would have served no one, rich or poor.

I am optimistic that further stimulus will be more thoughtfully appropriated to those who are most in need of it. That may be naïve, but a worse scenario than the current shotgun approach, would be one whereby the purse strings are tightened to the extent that a budding economy is choked off before it ever has a chance to bloom.

Political stability – As I alluded to in my comments about the Capitol desecration, the system held. In 2016, one could have argued convincingly that our country is one of the most stable democracies in the world and thus a good place to live, work, and invest. Today I would argue that it is more robust for having been challenged. I can sense some eyebrows frowning as I write these words. This is still a very divided nation and susceptible to populist tendencies. However, there is great promise in how far we can rise when the bar is low; I would not bet against it.

Clean energy is transforming the economy – The US is re-entering the Paris Climate Accord, but green stocks are not dependent on that shot in the arm. In fact, consumers, businesses, and state & local governments have seen the writing on the wall for some time and have not waited around for the federal government to act. It was always going to be this way, in my opinion. Technology would drop the cost, business would see the profit potential, and consumer demand would transition from early adopters to a more mainstream embrace of electric cars, renewable energy, and clean technologies. Like the Obama administration, the Biden administration is supportive, but this time the people are ready. To the extent that the government embarks on a clean energy infrastructure program, that will be icing on the cake. 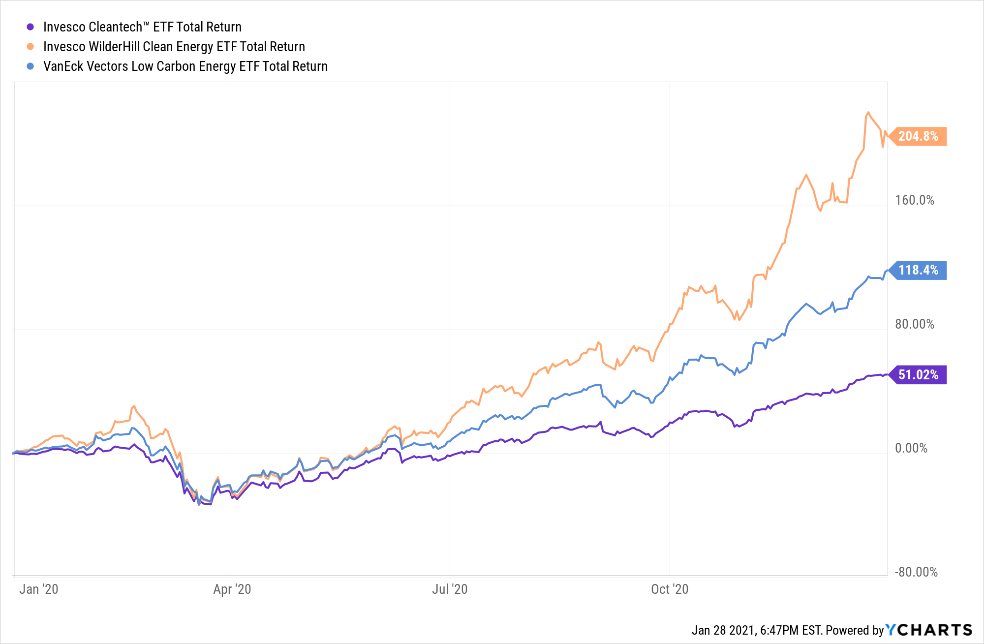 The rally in green stocks signals the enthusiasm for this transformational change. Investing in this part of the market is not without peril and some stocks might not meet their lofty expectations. A certain electric car company comes to mind. But if you directionally get it right, and follow a disciplined investment approach, the scales should be tipped in your favor.

Science & Technology – An optimist will always see the technology glass half full. Perhaps. But it does feel like we are at the cusp of great things that will improve the lives of millions. The mRNA science used to develop the COVID-19 vaccines holds great promise for cancer treatment. Private space transportation services will save NASA oodles of money and end our reliance on Russian Soyuz spacecraft to commute to the International Space Station. A reimagined space program could channel the dreams of a generation and further human exploration of our solar system. 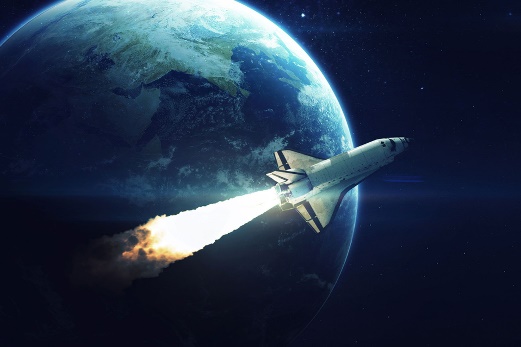 A new agricultural revolution could bring us both a healthier and greener food supply, alternative sources of protein, and the ability to farm on marginal lands that are now considered too dry or too urban. Having seen the damage that social media can wreak, we have a chance to put data science to good use, instead of just for the purpose of optimizing ads. Some of this is pie in the sky stuff, but so is the world we live in today to someone living in the 1960s.

Tying all this optimism back to investing, I offer up the following: the economy is favored to recover from the pandemic in 2021. The long-term effects of all this stimulus could prove to be problematic, as we approach the limits of deficit spending, but those chickens are not coming home to roost yet. My optimism for the economy does not translate into a rosy outlook for the US stock market as a whole, which is dominated by large tech companies priced for perfection. If the economy does indeed enter a sustained upcycle, it will be more traditional sectors that stand to thrive the most as their stocks have some catching up to do.

In a similar vein, I expect non-US stocks to catch up to the US market and therefore offer a more attractive rally-from-behind return potential. I do not know if this happens in 2021 or 2022, but I have a hard time seeing how a dollar invested in the US stock market today will be worth more in 2030 than one invested overseas. I believe this to be true because the market is perhaps even more optimistic than I am and has priced the biggest stocks and most coveted sectors accordingly. Someone recently made the argument to me that the US economy is more dynamic and American capitalism is more profitable than the European or Japanese versions. I do not necessarily disagree with that, but I think US stock prices more than reflect that and are more likely to reprice on negative surprises than on the affirmation of high expectations turning into reality.

As I bring this letter to a close, I see storm clouds gathering. But these are the good type of storm clouds. California can use some rain and the Sierras can use some snow. An atmospheric river – a term I had to google – is sliding over the state. This cloud will certainly have a silver lining for me, as I am heading up into the mountains, hoping to get some fresh tracks and to show my son what snow is all about for the first time in his 2-years-and-3-month life. In staying with the theme of optimism, I am hopeful that if we get serious about clean energy, skiing in Tahoe will not be something he can only read about in books when he is my age.

To schedule a time to review your portfolio or discuss financial matters, please do not hesitate to reach out.

Wishing you a warm and enjoyable winter season, no matter the outside temperature.