It has been 10 years, since Lehman Brothers filed for bankruptcy and the Great Financial Crisis, already an ominous bushfire at that time, exploded into a raging wildfire. This past week the official unemployment rate hit 3.7%, its lowest point since 1969, almost 50 years ago. Real estate in several coastal markets is back at all-time highs and in the priciest markets more than 20% above the pre- crisis top. Few people predicted the Financial Crisis and I imagine few would have predicted that 10 years hence we would be where we are now. 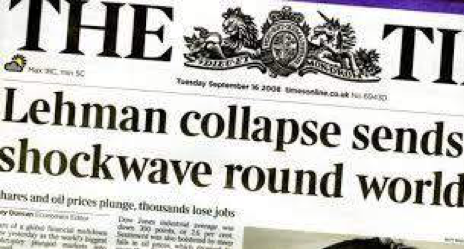 It’s not an anniversary I like to dwell on. In 2008 I had just gotten my firm up and running. The uncertainty of a start-up combined with the uncertainty of the times and the fears of my clients and for my clients, blended with my own doubts about career choice and the future, to form what felt like the perfect storm. Truth be told, the things that matter most – health, family, friends, love – were all intact, but still somewhat

under-appreciated by the 30-something-year-old me.

Could it Happen Again?

“Never say never,” would be my answer. Though as one of my mentors has impressed on me: “The worst possible outcome is not the most likely one.” This same person – also an investment advisor – believes he will not see another crisis like the Great Financial Crisis during his career. He’s a little older than me, but still, it is a comforting thought that we are possibly battle-hardened and equipped to deal with what may lie ahead. 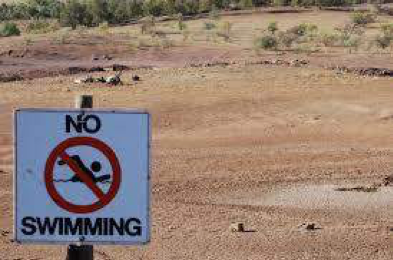 In September, San Francisco hosted the Global Climate Action Summit, co-chaired by governor Jerry Brown of California. The aim of the summit was to increase the commitments made at the Paris Agreement in 2015, from which the US has withdrawn. I had the chance to attend one of the events at the summit: “2 Degrees of Separation: Practical Experiences from Oil & Gas Companies’ 2°C Scenario Analyses.”

The panelists, which included a speaker from Chevron,
talked about whether and how fossil fuel companies were preparing for the risks to their businesses if carbon emissions were capped to keep the world from warming more than 2 degrees Celsius. Asset owners and investment managers talked about their approach to investing in (or divesting from) oil companies in the context of a carbon constrained future.

When it came to divesting from fossil fuel companies, I was surprised to hear that although there was some consensus that coal might be a bad investment, by and large there was little appetite for wholesale divestment from oil companies. Talk centered on the need for the oil majors to quantify the risk to their business from action on climate change and how some companies were more at risk than others, based on how expensive their oil reserves were to extract.

I know that I am biased on this topic, but I couldn’t help but think that all the resources that investors are expending to get oil companies to disclose their carbon risk might be somewhat of a waste. After all, we already know the conclusion: if the demand for oil declines due to constraints placed on the amount that can be burnt, oil companies will be in a world of pain, especially those with reserves that are expensive to extract. Also, the kings and tyrants are unlikely to stop drilling, making it particularly challenging for the investor-owned oil majors.

The status quo diversified portfolio includes all sectors. As such, fossil fuel free investing is generally viewed by the investment committees of pension funds and other large institutions as risky, as it is a departure from that status quo. Those worried about climate change set out to persuade energy companies to study climate risk. The findings may provide investment committees with the sought justification to underweight or exclude certain energy companies from their portfolios. But rather than making the case for excluding energy companies, it would be a lot easier to flip it around and say: why bother including energy companies, what is the upside? 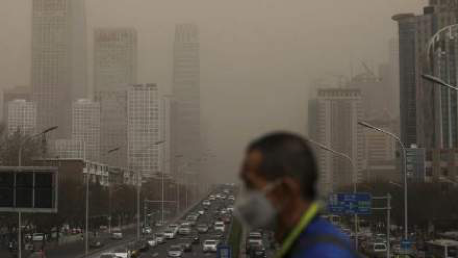 Beijing Smog. Supposedly it is getting a little better with coal plants being shuttered.

As it stands right now, energy companies are only 6.3% of the S&P 500 Index, a broad market benchmark. What does it matter if you excluded them, in terms of your long-run financial results? If your gut reaction is “probably not much,” the record would suggest that you are correct. Famed investor Jeremy Grantham penned a white paper last year titled “The mythical peril of divesting from fossil fuels.” In it he proved that you can divest from oil without impacting your long-term investment results. Historically, your return would have been about the same with or without oil. In fact, it would have been a little better without, but that’s not the point.

Grantham, by the way, has been keenly focused on the risk of climate change to the economy and investors in recent years. I, for one, share his views on sustainability and the economy: “Capitalism does a million things much better than a command economy, except for sustainability. Corporations simply aren’t paid to give up today’s profits in favor of the longer-term profits.” However, I am perhaps more optimistic than Grantham. I think eventually carbon risk and other externalities will be priced by the market. Investors who see that coming and position themselves accordingly, will better manage risk as well as benefit financially from having selected companies that are equipped to deal with the resource-constrained 21st century.

What Exactly Do You Mean by Retirement?

My clients have different investment objectives ranging from saving for retirement, to preserving the capital of a foundation, to leaving a legacy for the next generation, to sending a child to college, to making a large purchase. The number one objective? You guessed it: retirement.

I think it is a worthy cause to be involved in helping people attain a financially secure retirement. But what is retirement? If I look at my competitors’ websites I see a lot of pictures of smiling older (but very fit) couples walking on the beach, or sliding by in a canoe, or deadlifting a 50-pound grandchild, or sitting on a porch with a dog and a glass of iced tea. It seems as if their marketing consultants used to work for the pharmaceutical industry. This idyllic picture, is it attainable by most? And if it is attainable, is it desirable? 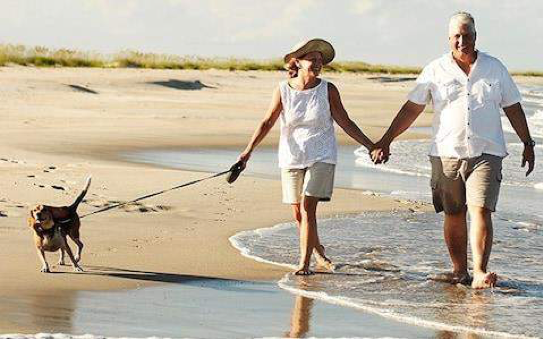 Besides lacking in imagination, to me this imagery misses one of the things I love most about my clients: their individuality. My mother – who reads my newsletter and will say something about this – strongly dislikes the concept of retirement in the traditional sense. In French, she says, the word “retirer” means to retire or withdraw from the world and she feels strongly that is not what one should do. In the Netherlands, where she lives, it is culturally deemed desirable to stop working at as early an age as possible, but certainly no later than at age 65. Then it is time to enjoy the fruits of one’s labor and cede the workplace to those poor souls that still have to carry the burden of youth and middle age.

I think that is a little depressing. A worse scenario, however, is where people have to keep working against their wishes, because they don’t have enough in retirement assets. But it does bring up a good point: retirement shouldn’t be prescribed. It should be what one wants it to be. Maybe it is walking with dogs on the beach, maybe it is continuing work because it is enjoyable, maybe it is travel, maybe it is working less or taking on a lower paid, but more fun job. One thing is for sure, however, having retirement assets allows you to have the retirement you want, not the one you are forced into, and assisting in making that a reality for my clients, is a worthy cause to me.

Any day now, my wife and I will be welcoming a son into this world. I have been scrambling to get my newsletter out before that happens. People tell me that “after” is going to be a little bit more hectic. I believe them. The word “future” is now going to have a different meaning for me.

Though I am mostly an optimist, the world certainly offers a lot of temptation to give in to pessimism from time to time. I recently was given a book by a friend that will help me – and I imagine others – resist that urge. In Factfullness, the Swedish author Hans Rosling talks about just how much progress mankind has made in the last 200 years in terms of health and prosperity and how that trajectory, though a bumpy road, is likely to continue. I highly recommend watching his “200 Countries, 200 Years, 4 Minutes” YouTube video.

In 1810 most of Europe was poor and life expectancy was below forty in most countries. By the 1950s Europeans and Americans were living into their seventies and had incomes nearly 10x of what they had a century ago. The rest of the world – long stuck in the poor/sick corner – started to follow the same trajectory as the Western countries, with large swaths of Asia and Latin America accelerating that trend, beginning in the 1970s. Some African countries followed, and over the next 30 years much of the African continent will likely make dramatic improvements in wealth and health. That’s a world I will be happy to bring our son into.

On that note, I will sign off. Enjoy the Fall in all its glory.

Want more articles or just to chat about finances? Feel free to reach out!