When someone tells you “I have good news and bad news,” which one do you want to hear first? I usually go with the bad news; get that out of the way so I can focus on positive things. Also, the question sort of implies that the bad news isn’t all that bad. So here it goes: we are in a bear market, inflation is off the charts, and we are or may soon be in a recession.

The good news: bear markets have always ended and need not impair investment outcomes, the Fed is serious about fighting inflation, recent economic data suggests higher interest rates are having a cooling effect, and early success for the Fed could help us avoid a deep recession or skirt one altogether. The latter outcome is plausible, given the fact that we are starting from a place of very low unemployment and high job vacancies. And good news can be fun too: it’s the best time in two decades to go on vacation in Europe, if you are willing to put up with air travel, which certainly isn’t on a two-decade high note. The dollar and euro have reached parity; simply put: 1 dollar = 1 euro. In effect you are escaping inflation by going on vacation in Europe, because the increased purchasing power of your dollar is offsetting higher euro price tags. 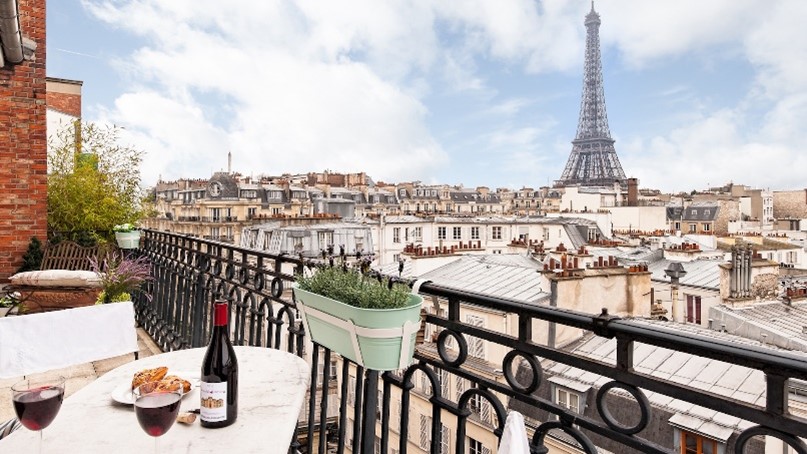 As I referenced in a blog post on June 20th, when we had just entered a bear market (down 20% from a recent high): one thing all bear markets have in common is that they end. By definition an end means a 20% rally off the bottom. That rally off the bottom doesn’t have to stop at 20%, as there is nothing magical about that made up number. So, the rally that ends the bear market is likely the rally that puts your portfolio back to where it was before the bear market, with its sights on new highs.

Could the Fed tip the economy into a recession? Yes, absolutely. Maybe it already has. It is good to remember that everyone hates inflation, whereas the pain of recessions is more concentrated in the population of people who lose their jobs. Though politicians would never say this, when their party is in power, they would probably prefer a recession over runaway inflation. Moreover, the Federal Reserve is (sort of) independent, so they can always be blamed for having caused the recession all on their own. The party in opposition of course will try to tie a recession to the party in power, but at least there’s some blame that can be spread around, whereas inflation will be blamed squarely on the party in power.

In other words, Congress, the Fed, and the administration are all keenly focused on combating inflation, even at the risk of a recession. Hence gas tax holidays, visits to Saudi Arabia, easing of tariffs on Chinese products, and other headline grabbing but perhaps mostly ineffective measures. I say “mostly ineffective” not as a critic of this administration in particular, but of the tendency of administrations in general to presume politicians are capable of setting prices, which in most instances are set by markets. Case in point: gas prices are high because there is a supply demand imbalance, not because there is a gas tax. If you lower the cost of gas at the margin, the limit on supply and increased demand will quickly push the price back up. Similarly, it is hard to control the cost of food, housing, and other essentials, other than to (try to) unconstrain supply, which has its own set of challenges.

Gosh, this letter is getting a little boring, but it is hard to cover the topic of inflation without delving into Econ101! On to a hopefully less sleep-inducing topic: early – or at least on time – retirement:

No need to delay retirement because of a bear market. Every time there is a market downturn, news stories will come to the fore that talk about Americans delaying retirement – by choice or by necessity – because the value of their nest egg has decreased. Ideally, in the years before retirement, your nest egg is not exclusively comprised of tech stocks and crypto currencies. If you think of all the eggs in your basket as either being blue (lower risk) or red (higher risk), you should have blue eggs that make up somewhere between 30% to 70% of the basket. If you enter retirement in a bear market, you consume those first. Using the example of a basket that is 50% blue, 50% red and a retirement period of 25 years (retiring at 65, living to 90), conceivably you could eat blue eggs for a decade before having to dig into some red ones. It would take a very nasty bear market, not to see a recovery in 10 years. Granted, as you consume the blue eggs, your basket starts looking redder, and thus riskier, but that’s the point of having blue eggs; for a rainy day. Moreover, even if you consume a few reds during this period, it probably won’t alter the trajectory of your retirement assets dramatically. 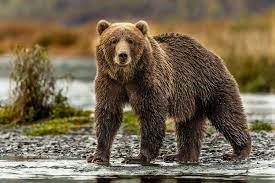 Of course, it is not going to feel great seeing your portfolio value dwindle as you cash out the low-risk assets, waiting for the higher risk assets to recover. Moreover, if you worry a great deal about your money because of the state of the stock market, then you are not in a state of financial wellness. Feelings matter.  But numbers matter too. Somewhere over the course of a 25-year retirement, there is probably going to be a bear market, or two. If it happens in year 1 of retirement it is going to feel more like gut punch than if it happens in year 15, but the former does not have to produce a different retirement outcome than the latter. Our financial modeling software can demonstrate this, and we are happy to run these types of scenarios for our clients and friends, to empower them to choose (early) retirement, bear market or not.

A silver lining for savers. In the 1980s you could put money in a money market account and earn 8% (late 80s) to 12% (early 80s) per year. It was a boon for savers, and one did not have to own as much stock (and thus assume risk) in order to earn a decent return. Up until recently, those days seemed but a distant memory. To be sure, those glory days have not returned, and I don’t think they will. However, today, things look a lot more attractive for savers than they did a year ago and I don’t see us return to the 0% rates anytime soon either. Below is a table of what you can earn on cash and short-term instruments.  These rates are not “guaranteed” in that they are just examples of what I am seeing out there, and they fluctuate from day to day, but it gives you a sense:

Note: select rates for illustration purposes only, multiple sources, not verified with offering institutions, fluctuate daily. Some of these rates have come in a little in the last couple weeks, as Treasury yields have slipped.

The high yield savings accounts and CDs come with strings attached and the rates vary from institution to institution and day to day. I used the more competitive rates I saw out there but did not choose the highest rates I could find, as the outliers tend to have restrictions and or fine print that often makes them appear better than they are.

To be sure, current inflation is higher than all these rates, but you can’t choose to earn the inflation rate (unfortunately). The real choice you have with your money is: spend it, leave it in cash, put it in a savings vehicle, or invest it with the expectation that the risk you take on will be rewarded with higher returns.

And now on to something entirely different: The Inflation Reduction Act. Don’t worry, it has little to do with inflation – we are done with that topic – but it has a lot to do with clean energy, in which I and my clients have a vested interest, not to mention society at large. Just a couple days ago, Washington DC was surprised by the announcement that Senators Chuck Schumer and Joe Manchin agreed on a bill that can pass through reconciliation and that appears to be the largest ever climate effort by the US Congress, with $370 billion in designated spending. 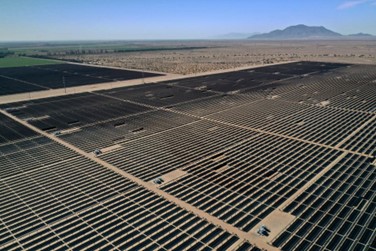 Nothing but blue skies
If fully enacted, the deal could see greenhouse gas emissions be reduced by as much as 40% below 2005 levels by 2030. That puts the 50% by 2030 goal within reach, as it could conceivably create enough momentum for the private sector to go even bigger. Hot off the press and I haven’t fully distilled it yet, but here are some highlights:

The deal includes some incentives for fossil fuel development on public lands and other benefits for the oil & gas industry as well. However, it is the price to pay to get Manchin to go along with it. It is how the sausage is made and the net effect of this compromise is a clear win for our clean energy future, in my opinion.

Usually, my summer letter precedes summer vacation. Not so this year, as we just got back from visiting friends & family from Long Island to Maine. We almost missed the heat wave, getting just a quick taste as we checked into Logan Airport at 92F and humid. Happy to be back in the Bay Area, where the air is dry, the coastal breeze provides some relief from the summer heat, and – most importantly – where I don’t have to strap my kids into their car seats for long stretches. Even a 10-minute drive is now treated with suspicion and trepidation. I will have to win back their confidence.

Wishing you a fantastic 2nd half of the summer. Stay hydrated!