When we started the year, I was optimistic about the post-pandemic world that was, and is, still some ways off; a sentiment I shared with many. That optimism does not seem to have been misplaced thus far. Vaccination rates have far exceeded early predictions and herd immunity in the United States is a mere 3 months off, according to Bloomberg’s Vaccine Tracker. At the same time, we should bear in mind that many countries, including India and Brazil, are far from out of the woods and 2021 might well end up being deadlier than 2020 was, from a global perspective.

However, in the US, the biggest hurdle now is vaccine hesitation, not availability or eligibility. While many of the economy’s sectors were already on the mend, the hard-hit services economy is reopening now as well, irrespective of the vaccination pace from here. It is obvious when you venture out and the statistics confirm it in report after report. The economy is undeniably expanding.

As to the stock market, my outlook is positive in the sense that it is likely to do well in the context of strong economic growth that is being amped up by fiscal spending, low interest rates, and lots of money slushing around the system. I cannot put a number on that, in terms of how high the market will rise, and if I ever do, please call me out. We tend to worry about and get excited about the things we know, yet so much of our lived experience is a function of the cards we did not know we would be dealt.

The positive outlook does not have me excited about investment opportunities, because even if the current rally grinds on, it will make future returns more muted. It is not a buyer’s market, and most financial assets are priced on optimism and a disregard for risk. Or in other words, stuff is expensive. To be fearful when others are greedy is a maxim that has served investors well during past periods like these. If there is one thing I am fearful of, it is the speculation in financial markets that seems ever more present and extends far beyond Wall Street. Here are some examples: 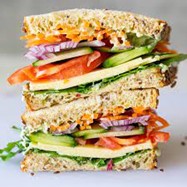 Pricy, but oh so delicious

Hometown International Inc (HWIN) is a single-location sandwich shop in Paulsboro, New Jersey. It had sales of $14,000 last year and somehow produced a net loss of $631,356. The pandemic was not kind to HWIN. But even the year before, the company – run by the wrestling coach of the adjacent high school – only had sales of $22,000. It also has a market capitalization of $100 million. Is it really worth that much? No, of course not. And to be sure, HWIN has on average only traded 300+ shares per day over the last year, equating to $3,900 per day. In other words, the market cap is irrelevant because it is based on these miniscule trades that do not really set a value and quite possibly are intended to create an artificial value for the company.

Here is the point of this story: David Einhorn, a hedge fund manager with some fame, mentioned HWIN in his quarterly letter, as an example of something crazy that should not be possible in a regulated market. What happened the next day? People started buying it! Over the next 2 days 70,000 shares were traded at an average price of $13. That is to say, the existing owners of the shares – the wrestling coach himself? – exchanged about 1% of the ownership in this deli for just shy of $1 million. Is that fraud, stupidity, speculation, entertainment? I am not sure, but if it is a sign of the times, it does not bode well. 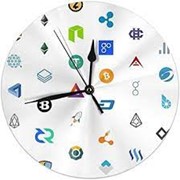 Is the crypto clock ticking?

Cryptocurrencies – I have talked about these before. I am not arguing that they have no value, nor that it is inconceivable that one or more of them will be a solution that successfully finds a problem, outside of the criminal sphere or for the purpose of moving money out of China. And maybe there is some merit to the crypto-is-digital-gold argument. But if it is newsworthy that music artists endorse them, and the guy who removes a chandelier at my client’s house (true story) is showing him how to buy Ethereum on PayPal with his phone in one hand and the chandelier in the other, something is amiss. Dogecoin, which was actually sort of meant to be a joke, is now worth more than the Ford motor company. I am holding my breath and hope that if it doesn’t end well, it ends up being mostly fun money that burns, not someone’s life savings.

Nothing looks ugly. Or at least, few things do. What I mean to say, is that when I look at my stock screens, I see mostly green font and upward sloping graphs. This is not typical. There is usually a good amount of red to be observed. In a “normal” market some investments do well, some disappoint and some look downright ugly. Investing seems so easy, a baby can do it. Remember the E*TRADE commercials from the early 2000s? Now, the new and heroic investors are not quite babies, but many are not old enough to rent a car.

Why do car rental companies not rent to people below 25 years of age? It is not just lack of driving experience. By then, some drivers will have up to 9 years of experience. Quoting Dr. Rae Simpson of The MIT Young Adult Development Project: “As a number of researchers have put it, the rental car companies have it right. The brain isn’t fully mature at 16, when we are allowed to drive, or at 18, when we are allowed to vote, or at 21, when we are allowed to drink, but closer to 25, when we are allowed to rent a car.” The areas of maturity that are still building are in the prefrontal cortex and involve risk/reward calibration, problem-solving, prioritizing, thinking ahead, self-evaluation, long-term planning, and regulation of emotion. To me, that sounds like a checklist of skills you would want, to be a good investor. There are very bright and very mature 20-year-olds, this is no indictment of youth. But taken as a group, the “youth trader” – well represented at Robinhood and on r/Wallstreetbets – probably has a blind spot in the area of the brain that is still in beta testing. If the market is guided by their trades, that is cause for concern.

So, while the base case scenario for the market is to keep on trucking in light of robust economic growth, if something does go wrong, the market has farther to fall than it would if today’s investors saw some clouds, rather than nothing but blue skies. Yet, I do not advocate sitting in cash, waiting for the shoe that just won’t drop. I believe there is always some place to put long term money to work. One just has to look farther afield when market participants are jubilant.

It was no surprise that Biden’s infrastructure plan would be big and that it would lean into clean energy. It landed on $2.25 trillion and has a pretty broad definition of what constitutes infrastructure spending. To pay for it, the corporate tax rate would go from 21% to 28%, a 50% retracement of the corporate tax cuts enacted in 2017. The recent American Rescue Plan Act landed on $1.9 trillion, or 100% of the original ask. For the infrastructure plan, also referred to as the American Jobs Act it is less likely that the president will get 100% of what he is asking for. The consent among Democrats on substance and process is not unanimous as it was with the COVID relief effort. The GOP counter is $586 billion. So, $0.6 trillion and $2.3 trillion are the bookends, and the final number will probably be closer to Biden’s ask than to the counteroffer. A very large spending program no matter where the final number ends up, even if some would have liked it bigger yet. 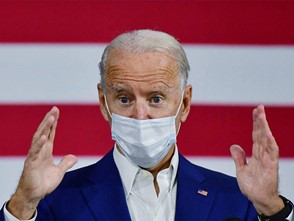 How big is your infrastructure plan?

The market did not react much to the news. Green stocks ticked up a little but haven’t moved much in the week since the announcement. While you can never fully attribute stock price movements, or the lack thereof, to any one factor, it seems fair to say that the market had already priced in Biden’s plan. Be that as it may, this is a long secular tailwind for green stocks and we are quite optimistic about what the next decade has to offer for our green stock ideas and strategies.

What is tempting, but we have mostly resisted, is to dive head into the most disruptive new industry: electric carmakers. When there was some doubt about Tesla’s future and before it was priced on the biggest dream you could muster, it was a great time to buy. I say this with the benefit of hindsight and some regret for not dreaming big enough at the time. Now, Tesla needs to deliver on those dreams and more to keep the momentum in its stock price from fizzling out. But that’s Tesla, a unique company run by the Howard Hughes of our day.

However, the other dozen or so pure EV companies should not be priced as richly as Tesla, yet they are on average pricier than Tesla. Most will probably not make it and I cannot think of one that has “earned” a Tesla like premium in its stock price. I would caution against investing in a theme or a disruptive industry on the sole basis of that industry’s prospects. It would not have worked with car companies in the early 20th century, or internet companies in the early 21st century, and it is not likely to work with EV companies in the 2020s. If anyone can give Tesla a run for its money, I think it will be some of the incumbent carmakers like General Motors, Daimler, Volkswagen, and BMW, yet they are not priced as if they are going to play any role whatsoever in the EV future that is upon us. 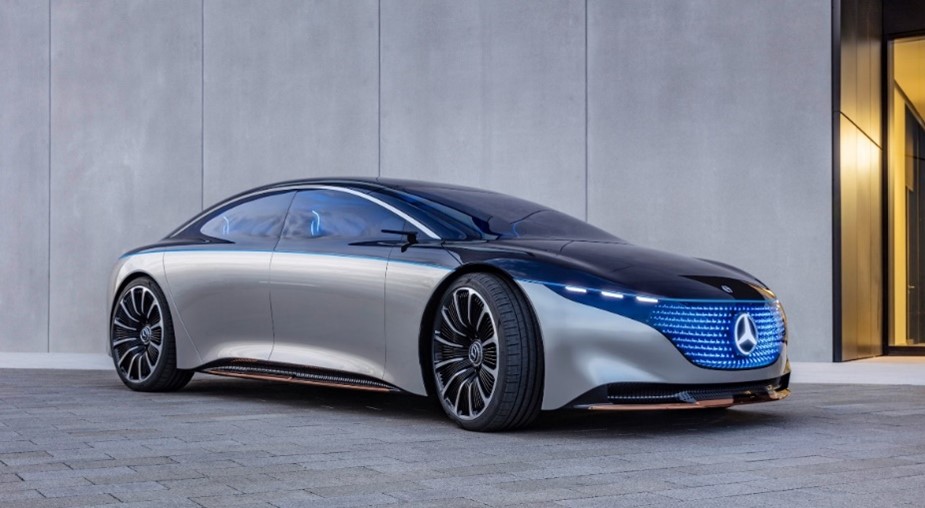 In closing, if had to succinctly give you my investment outlook, I would say I am a skeptical optimist. A lot can go right and most likely will if we can resist the speculative temptations that lure us with promises of easy riches to a degree not seen in 20 years.

To schedule a time to review your portfolio or discuss financial matters, please do not hesitate to reach out.

Wishing you a happy springtime with lots of reopened outdoor dining.