The market is not much below its all-time high, yet uncertainty seems to have increased and everywhere you turn – at least within the financial press – there is talk of the upcoming recession. The market tends to price in that which everyone believes to be true. For that reason, there is not much advantage to be had from acting on an opinion that is widely shared. So why is the market near an all-time high then? Looks can be deceiving. If you look at the market over the course of the last year, it has not moved much at all. Gold on the other hand – a haven for troubled times – is up 24%. 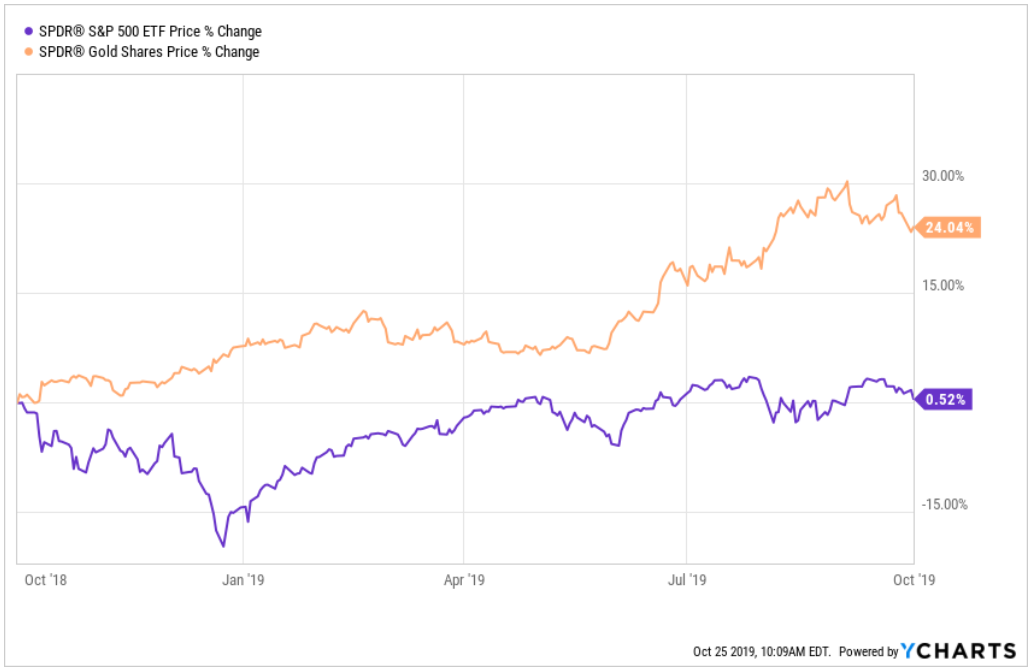 If a recession within 1 year was a 100% certainty, stock prices would probably be lower. However, it is not 100% certain that the recession will come within the next year. Economist Robert Shiller, who gets credit for predicting the dot com crash and the housing crisis, sees the chances of a recession in 2020 at less than 50%. Now, you can always find an expert to agree with your own assessment, but say you were more pessimistic than Shiller, maybe you would assign a 70% probability. Whatever number you pick for the chance of a recession next year, the probability of a recession within the next 2 years would be greater, and within the next 3 years greater yet, but it is never a 100%. Though I don’t believe we will be as lucky as Australia; they haven’t had a recession in 28 years. You wonder if any Aussie economists even bother predicting the next recession.

It is also important to note that the market cares less about what happens in 2021 than in 2020. That makes sense; humans tend to worry more about the immediate future than the distant one, hence our procrastination with tackling climate change. The market is never right about the future, because the future is unknowable. But that is not to say that the market is ignoring recession risk, it is just not convinced a recession is imminent. So, are we not doing anything to prepare our clients for the next recession? At JPS, we prepare our clients for risk, period. Risk of the unknown, of a recession, of a certain sector or country turning south, of joblessness, illness, etc. Focusing on the next recession creates the illusion that risk is only present from time to time, whereas we believe it is a constant.

Do I never act on my gut and make portfolio changes in anticipation of future events? I try to do that very sparingly. But if I were to advise a client who was strongly inclined to preempt the next recession, I would suggest to throttle back 10 percentage points on portfolio risk, so that it affords the opportunity to dial risk back up when a recession does hit and prices come down.

Recently, we have hosted a number of financial wellness days at local tech companies. It has been a fun experience to share some financial planning gems that – though easily unearthed – remain hidden from view for many. Sometimes when you are “in the business” you overestimate the footprint of common knowledge. That does not just apply to the world of financial professionals. For example, it wasn’t too long ago that my dentist enlightened me on the topic of flossing techniques. 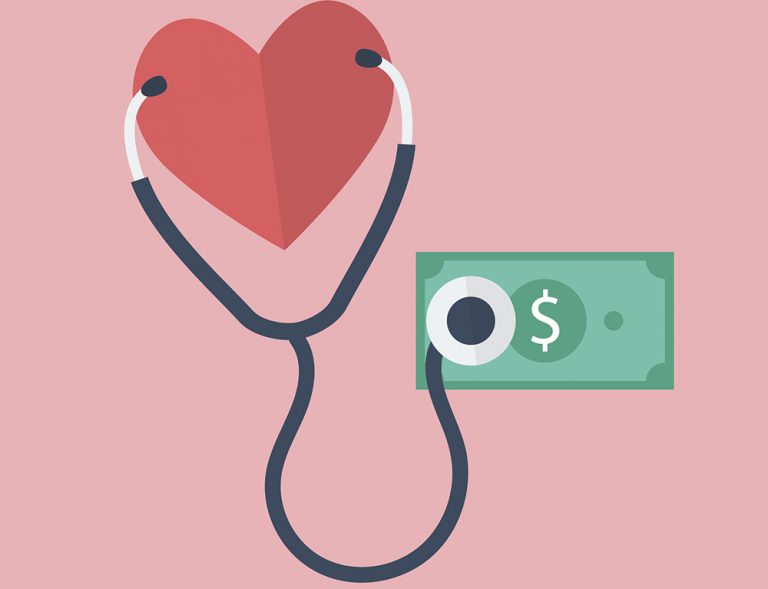 So, in the quest to improve people’s financial lives through the rendering of advice, these sessions are proving to be the low hanging fruit. To be sure, the learning has been a two-way street as all the stories we hear add to our understanding of people and their relationships with money. While there are certain generational themes, at the end of the day the people we meet defy generalizations like “Millennials all want to retire early,” or “Gen X-ers have poor savings habits.” The reality is more complex, more diverse, and quite frankly more interesting.

If there was one recurring topic that kept coming up during these financial wellness sessions – and most of the employees we spoke to were younger – it was the topic of emergency funds and how much money one should have stashed away for this purpose. The consensus is somewhere between 3 to 6 months’ worth of living expenses, if you google the topic. However, that is not very useful information. The key to answering this question – in my view – is understanding the difference between access to liquidity and cash in the bank. 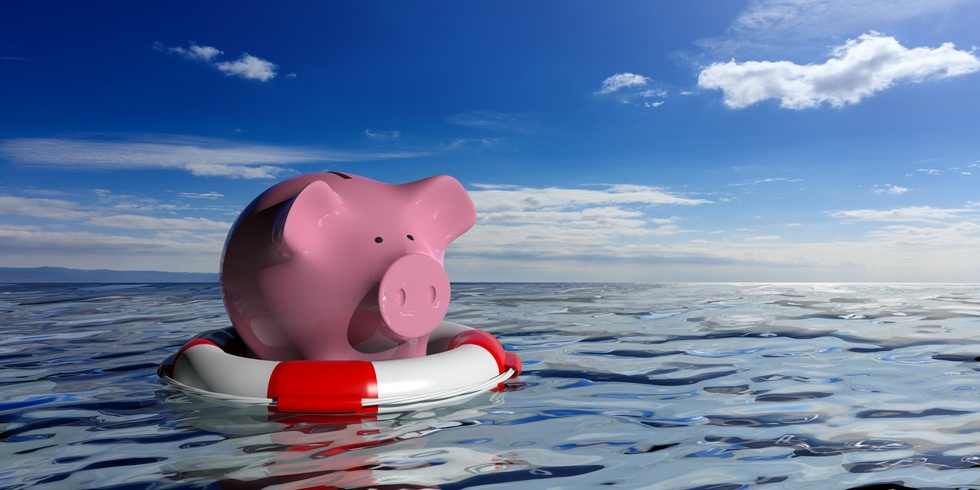 Let’s take the example of Joe the Saver. He works at a search engine company and makes $400,000 per year (yes, search engine companies pay well). Joe has a robust emergency fund of $240,000 – or 6 months of income – in his bank account earning 0.09%. Joe has carried this balance for years, and it is fair to say that he has missed out on at least 2% per year all this time. What should Joe do?

At the very least, he should consider buying some CDs. Yes, his money is locked up for whatever the length of the CD term is, but breaking the CD, won’t break the bank and he has access to those funds in a pinch. For each year that the emergency doesn’t happen, he comes out ahead. If the emergency does happen, the CD break-up fee will be the least of his worries and in all likelihood the extra yield on his money each time the CD is rolled over, will far outstrip any fees associated with breaking the CD. Of course, he should check the CD terms pre-purchase, to make sure they are not onerous.

More lucrative than the CD route, would be to establish an investment goal called “Emergency Fund” and invest it in liquid but slightly riskier assets. Say it has a target return of 3% and perhaps a 5% expected downside under adverse conditions. A worse case scenario would be that his account is on a downswing when he needs the money, but with the passage of time, his Emergency Fund will grow substantially faster than if the funds were just stuck in neutral in a bank account. Other substitutions for “cash in the bank” are Home Equity Lines of Credit (HLOCs), zero interest credit card checks, 60-day tax free rollovers, and 401(k) loans (the latter 3 options should probably be your last line of defense).

GM Once Killed the Electric Car

Will the resurrected Electric Car kill GM? “What is dead may never die, but rises again harder and stronger.” Yes Game-of-Throners, I am throwing you a bone. The electric car could not be killed, even if GM killed its EV1 in 1999. It makes too much sense to have electric cars and it seems likely that they will become an ever-bigger presence on the road. GM has changed its tune since those early days, perhaps partially to exorcise the skeletons in its closet. Will it succeed? I think it will, but that is just one person’s opinion. The Bolt is Chevy’s current EV. I can’t really opine on whether it is a good car or not, but it is cheaper than a Tesla Model 3, has decent range, and decent reviews. The Bolt is built at GM’s Orion Township factory in Michigan, where the jobs are much needed. 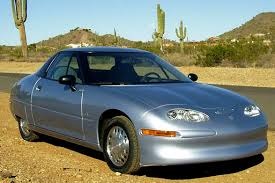 The main challenge in the EV segment – as I see it – is making a car that is affordable for the masses yet profitable to the automakers in a post-subsidy world. Most automakers will probably figure it out. In the case of GM (and Ford) the challenge is really a different iteration of their ongoing challenge to build profitable cars and not just pick-ups and SUVs which is their bread & butter. But if GM doesn’t have to fear its life will be cut short by EVs, I don’t feel as certain about the fate of the autoworker.

In the 1970s, GM employed over 500,000 United Auto Workers Union (UAW) members. That number has dropped by about 90% to 50,000. When the UAW recently went on strike at GM one of its main grievance was the idling of GM plants. The demise of the autoworker is not just about offshoring production and automation. A future with more EVs also means fewer jobs because electric cars just don’t have as many parts and as much assembly work. So even if GM cracks the EV code, throttles back on outsourcing, and repurposes some plants to build batteries, the autoworker is not likely to see a comeback. The sooner politicians and other stakeholders come to a place of honesty about this trend, the better for the revitalization of the industrial Midwest.

This morning as I was laying out my son’s pumpkin costume for his Halloween event today – he is 1 year old and I can get away with pumpkin – it dawned on me that the holiday season will soon be upon us. I don’t like to jump the gun on seasons, but in my line of work end-of-year requires some advance planning. It is the season for Required Minimum Withdrawals (RMDs) from retirement accounts, tax planning around the sale of investments, and other year-end tax considerations. So we will not be winding down but ramping up and stand at your service for any year-end actions that need to be taken.

Let me not end by talking about taxes, but by wishing you a wonderful fall season!

Want more insight? Feel free to reach out. We would love to chat!